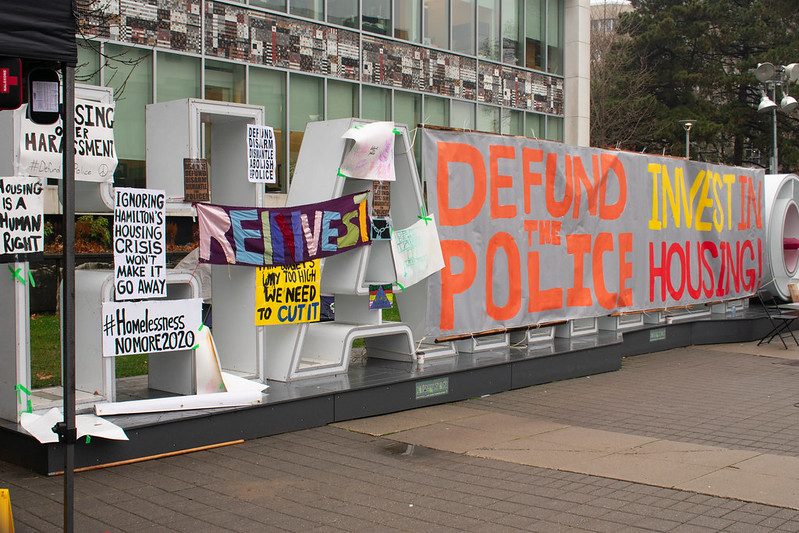 What police really need to do: Catch crooks

In his State of the Union Address, President Joe Biden took on those who want to defund the police, saying that the opposite is what we need. “The answer is to fund the police with the resources and training they need to protect our communities,” he said, reminding his audience that the American Rescue Plan provides money for local governments to hire more police and invest in proven strategies that reduce violence.

Back in 1994, my family had its own terrifying experience with crime, one that shaped my perspective on police accountability. We’d just moved to Kansas City, where I’d become the city auditor. My wife Gloria shook me awake in the middle of the night, yelling that someone was in the house.

She called 911 and I ran downstairs with a baseball bat to find pieces of the door frame scattered across the floor and see the taillights of a car speeding away. Our television, my briefcase and Gloria’s purse were gone.

Aside from the feeling that our home and the sense of personal safety it offered had been shattered, one thing stays with me about that night: that the crime didn’t really seem to matter to anyone but us. It’s not just that the intruder was never caught. It’s that the responding office took 20 minutes to arrive and then told me that home invasions weren’t much of a priority for the police.

It was my first real insight into what I now see as policing’s dirty secret: Most of the time, cops aren’t good at solving crimes. And a lot of the time, they don’t even seem very interested in trying to do so.

I encountered this lack of accountability repeatedly during my career in public service. When I was mayor, a constituent who had been the victim of a similar break-in told me that the responding officer’s advice to her was to move out of the neighborhood. Later on, a high-ranking police official I confronted told me that the police had no responsibility for the city’s crime rate or for many residents’ perceptions that the city wasn’t a safe place.

Today’s debate around police reform focuses mostly on what police should not do, and with good reason. Cops shouldn’t aggressively escalate situations when de-escalation is safer for everyone. They shouldn’t respond with violence to people experiencing mental health crises. They shouldn’t view the communities they swore to protect as war zones inhabited by enemy combatants. And they shouldn’t kneel on someone’s neck for nine minutes.

But we also should be holding police accountable for the one thing that they should do: solve crimes. Though many believe that a police department’s primary function is to catch criminals, that actually happens only seldomly. Less than half of violent crimes and fewer than one in five property crimes lead to an arrest, according to FBI data. Those numbers, known as the clearance rate, are getting worse each decade. When it comes to homicide, the killers get away with murder 40 percent of the time.

The problem with cops’ inability to solve crime is twofold. The first is that when criminals go free, they’re emboldened to strike again. Why would my burglar stop with invading my house if he knows that the police likely will never catch him? But another equally serious problem is the impact these failures have on the relationship between the police and the community. It’s not only the racism of some officers that erodes trust; it’s their inability to perform a core function of their job.

One way we can address this is through accountability. From an auditing perspective, such an abysmal success rate at a core job function would put any government agency on notice. But that’s rarely the case for police, even though they are the single largest budget expense in almost every city. That line item is likely to climb higher as even progressive mayors like San Francisco’s London Breed and New York City’s Eric Adams say they want to double down on crime response.

New funding for police should go toward empowering them with the tools they need to do a better job solving crime, and I’m not talking about predictive algorithms or the latest tactical gear. The real solution is less flashy: technology and training that allows police to better uncover and manage evidence and to share case notes and other information within and across agencies. That would enable them to organize and centralize all of the data points collected in an investigation so that detectives can make good use of them.

We also need police who buy into this mindset, officers who know that they are most effective when they spend more time on investigations and less on harassing citizens. Good cops bring criminals to account while interfering in the lives of law-abiding people as little as possible. That doesn’t just breed goodwill — it’s a sound use of resources.

“When you’re doing zero-tolerance policing, who are you picking up and who are you alienating?” then-D.C. police chief Cathy Lanier said back in 2012. “Your residents, your victims and your witnesses. Now they have no respect for the police. They have no reason to speak to the police.”